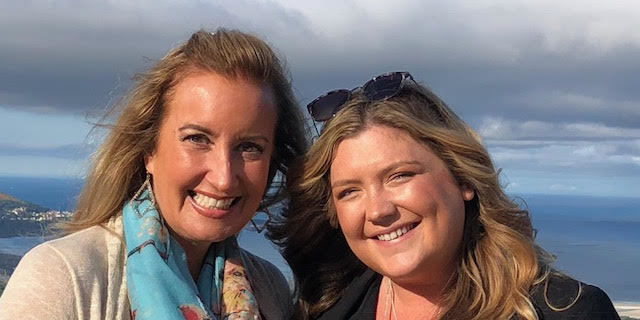 Candor Consulting, a seafood importer and sales, marketing and consulting firm based in the Florida Keys, has agreed to a joint venture with Pearl Oceans, a newly launched San Diego, California-based consulting firm, to promote multiple sustainable seafood producers and processors in North America.

Among the first clients for which the newly created JV will act as a sales and marketing arm in the US and Canada, according to Marcy Bemiller, Candor’s founder: Stolt Sea Farm, a Spanish producer of farm-raised turbot and sole with 15 land-based farms, and Laitram, a New Orleans, Louisiana-based shrimp processor that has started importing shrimp from Ecuador and peeling it in its own state-of-the-art facility.

Bemiller, a 30-year seafood professional, caught up with Undercurrent News on the sidelines of the National Restaurant Association show in Chicago, this week. She said she kept hearing from mutual customers and friends about Meghan Russell, the founder of Pearl Oceans, while Russell was working for BajaSeas Hiramasa as its national sales and marketing manager.

Once they finally met they realized they shared a very similar work ethic and business strategy and that, combined, they could capitalize on each others strengths, Bemiller said.

Candor already works with several aquaculture producers with reputations for using sustainable practices, including: Kuhlbarra Barramundi out of Singapore; Kingfish Zeeland, a Netherlands-based producer of Dutch Yellowtail; Saltwater Salmon out of Miami & Chile; and Stolt and Laitram. All of the brands will fall under the joint venture and be managed by Candor, though Pearl will focus on the “story” and branding of these products, Bemiller said.

Russell started her company this month after working nearly three years for Baja Seas and previously served as a regional sales manager for Miami, Florida-based Open Blue Global Services, a producer of cobia grown in net pens off the coast of Panama, and also Sammy’s Seafood, a St. Petersburg, Florida-based wholesale and retail company.

Russell “has such a dynamic personality and great rapport with chefs and high-end distributors,” Bemiller said. “What she was able to do with the brands she’s sold was very impressive and I’m very excited to add that skill set to our portfolio for our mutual customers.”

Kingfish Zeeland plans to build new RAS farm in the US
March 15, 2018